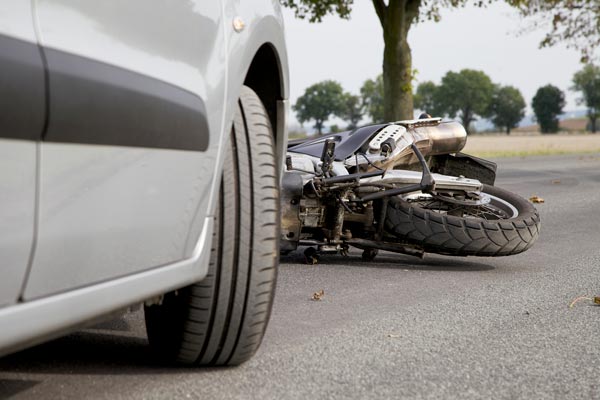 Because motorcycles are capable of high speeds but offer minimal occupant protection, motorcycle riders are more susceptible to sustaining catastrophic injuries or death in an accident. Often automobile and truck drivers do not pay attention to motorcyclists causing life changing injuries. Damages including medical treatment, loss of work and decreased quality of life can be significant. Head injuries are quite common in motorcycle accidents. Stewart has experience representing victims who have sustained traumatic brain injury and amputations in a variety of accidents.

When you seek treatment at a hospital or from a medical professional the last thing you expect is that the he or she will deviate from the acceptable standard of care and cause harm to you or your loved one. That deviation, which can cause serious injury or death can be the result of the failure of doing something that should have been done or doing something in a negligent manner causing injury.

Medical malpractice cases require a tremendous amount of preparation and financial resources. While the complexity of the cases vary, you can rest assured they will be aggressively defended by competent defense lawyers whose expertise is to defend doctors and hospitals. These cases require the retention of experts in the same specialty to review the case and opine as to the deviation from the standard of care and the damages sustained by the patient as a result of that breach of the standard of care.

As with all other personal injury and wrongful death cases, the Williams Law Group accepts malpractice cases on a contingency fee basis. We do not get paid unless there is a recovery for you and all the investigative, expert and trial costs are paid by us and reimbursed from the recovery.

The law requires property owners and operators of businesses such as restaurants, bars, apartment buildings, hotels and schools to provide adequate security to their residents, guests and employees.

Stewart has represented clients who have sustained severe injuries including shootings and sexual assaults and the families who have had a loved one killed as a result of property owners failing to provide adequate security on their premises.

Negligent security takes many different forms. It can be the result of failing to provide adequate lighting in a parking lot, failing to provide security cameras, gates or security guards. Negligent security can also result when a hotel, apartment complex, restaurant, bar, school or any commercial establishment fails to timely contact law enforcement when they have reason to believe one or more individuals present a threat of harm to their patrons, guests or employees.

Stewart also represents individuals who have sustained injuries in marine accidents and aboard cruise ships. Florida ranks third in the US in boat registrations. However due to our climate, Floridians spend more recreational time on boats than in any other state. According to the Insurance Journal, Florida led the nation in boating accidents and boating fatalities in 2017. 38% of these accidents occurred due to inattention which constitutes negligence. Stewart is an avid boater and knows the dangers of the careless operation of a boat. Recently, he successfully represented a client against an internationally known Italian race boat champion whose careless operation of his boat caused an intracranial hemorrhage on his client after a high speed test ride of Miami Beach. The case settled for a confidential amount.

In another case, he represented a crew member who fractured her leg after falling into an empty swimming pool aboard a ship while attempting to block access to the pool for embarking passengers. After a one week trial, a jury returned a substantial verdict for his client.

Unfortunately, the most common life changing injuries and deaths come from commuting to work, school or a drive to the grocery store. The National Safety Council estimates there were at least 40,000 deaths in US from car crashes and over 4 million people were seriously injured. Distraction and drowsy driving account for 10% of all automobile accidents.

Commercial trailer trucks accidents can cause devastating destruction and physical injuries and death. Commercial trucks and “18 –wheelers” operating on I-95, I-75, SR 836 and SR 826 are commonly driving at high rates of speed. Driver inattention, distracted, falling asleep, driving too fast for the conditions, following too closely, misjudging the speed of the other vehicles are all common causes of truck accidents.

Stewart has extensive experience representing clients in cases involving truck accidents. He has experience with electronic control modules (ECM) and event data recorder (EDR) installed in commercial trucks as well as the regulations promulgated by the Federal Motor Carrier Safety Administration (FMCSA), the agency that regulates the trucking industry in the United States. Catastrophic trucking accidents require immediate investigation by qualified experts in reconstruction. Stewart works with highly experienced consultants and investigators who are ready to inspect vehicles and the accident scene within hours from the time of the accident. He has litigated trucking cases in more than 20 counties in Florida.

Bodily injury and wrongful death claims involving a product in its design or the way it was manufactured or the way it was marketed, which include the failure to provide adequate warnings, are extremely complex requiring a tremendous amount of background investigation and the use of experts in such areas as accident reconstruction, metallurgy, biomechanical engineering, failure analysis and medicine. Additionally, due to the potential of adverse publicity, manufacturers aggressively defend these cases with highly experienced defense lawyers. Products liability cases are litigated under the law of negligence or strict liability. Under strict liability, the law does not consider the negligence of the manufacturer. If a product is legally found to be defective, there is liability against the manufacturer and parties in the chain of distribution including retailers, distributors and wholesalers.

Stewart has successfully litigated cases against some of the country’s largest auto manufacturers in cases involving roll overs. In 2001, Stewart obtained the first verdict against a gun manufacturer establishing a design defect in one of their .22 caliber models. (Rastrelli v NAA).

A few years later he also successful in the first case tried in Florida against a tire manufacturer in a claim that the tires it manufactured contributed to the rollover of his client’s car causing her injuries. (Holmes v Bridgestone/Firestone)

Stewart is fluent in Spanish and routinely represents clients from Argentina, Spain, Peru, Brazil, Venezuela and Colombia in complex cross national marital disputes. Stewart brings 37 years of trial experience to the family courtroom. Stewart works alongside financial professionals, including forensic accountants and international investigators to make sure the end result of a case is based on all the facts and no one has concealed assets to take advantage of their spouses. Stewart realizes the financial and emotional toll dissolution of marriage actions take on his clients. He strives to minimize this while attempting to obtain the best results for his clients.